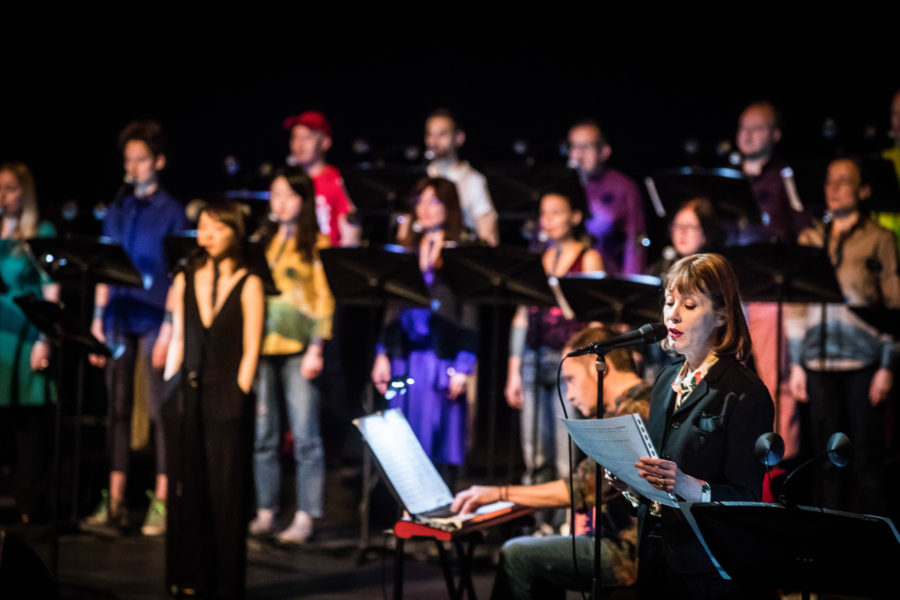 Iconic, groundbreaking and controversial are just a few terms used to describe the cult opera Einstein on the Beach. Although composer Philip Glass and director Robert Wilson called this key 20th century work an opera, none of its elements are in any way reminiscent of the traditional genre. Einstein lasts for four hours, performed without intervals. It has no plot. There are no sung roles. And its ‘orchestra’ consists of synthesisers, woodwinds, a soprano and a choir. Entirely in the spirit of title character Albert Einstein, the choir only sings numbers and note names. And that is also the key to this enigmatic composition: its makers toy with symbols and formulas that touch upon the core of existence. An impressive cast, featuring pop singer Suzanne Vega, Dutch artist Germaine Kruip, Collegium Vocale Gent and Ictus, decipher this unforgettable work!