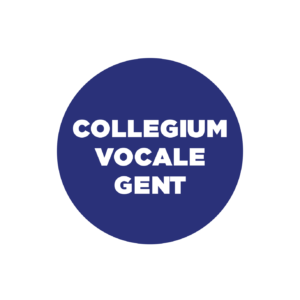 Change of chairman and new management of Collegium Vocale Gent

The international and Flemish cultural world cannot escape the general political and financial situation we find ourselves in today. In the context of the granted subsidies for the new policy period 2023-2027, Collegium Vocale Gent wants to arm itself to the maximum to face this transition period and has therefore taken a number of managerial decisions.

To begin with, the Board of Directors and General Assembly will be reshuffled and expanded. After six years, current chairman Daan Schalck will pass the torch to Lucien De Busscher but will continue to support the ensemble from the General Assembly. The governing body is also expanded with two new members, Mrs Christine Mussche and Mr Christophe Peeters.
The General Assembly is further strengthened with Mr Geert De Proost.

Gent resident Lucien De Busscher is Senior Partner at EY Consulting but is also a passionate culture and music lover who has long held Collegium Vocale Gent in his heart. It is therefore with full confidence that artistic director Philippe Herreweghe nominates him as the new chairman to continue to guarantee the continuity of the ensemble’s strength and charisma in the new policy period.

Mrs Christine Mussche joins the governing body because of her legal knowledge as a lawyer but has also been following the work of Collegium Vocale Gent for many years.
Mr Christophe Peeters is also a faithful visitor of Collegium Vocale Gent concerts at home and abroad, he too has a great heart for culture and will help support Collegium’s operations, especially on the basis of his financial knowledge.

Mr Geert De Proost, former Flemish Representative in New York and Rome, combines his international diplomatic experience with his love for classical music.
At the same time as this administrative adjustment, the Collegium Vocale Gent office was also rearranged and streamlined in order to steer the ensemble’s artistic position for the next five years with a slightly smaller but particularly high-performing team.

In doing so, the Board of Directors appointed Sophie Cocquyt as its new manager. Sophie Cocquyt has a long track record in quite a few cultural houses and ensembles such as Festival of Flanders, Muziekcentrum de Bijloke, De Munt or NTGent and had already been working within Collegium Vocale Gent since 2017 as PR manager and director of the summer festival Collegium Vocale Crete Senesi.

The team builds on team members :