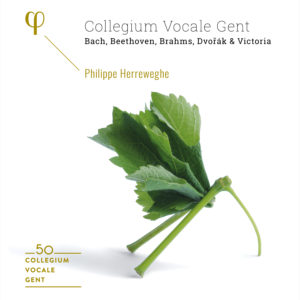 Fifty years ago, Collegium Vocale Gent began a fantastic musical adventure that no one could ever have predicted.In this anniversary box, Philippe Herreweghe has selected the most beautiful Collegium recordings which have been released since he founded his own label Phi together with Outhere in 2010.

Masterpieces by Tomás Luis de Victoria, Johann Sebastian Bach, Ludwig van Beethoven, Johannes Brahms and Antonín Dvořák have been brought together in an intoxicating selection in which the stunning artistic quality and versatility of Collegium Vocale Gent forms the starting point!